skip to main | skip to sidebar

LYRICALLY I AM YOURS

Lyrics, poetry and art all meshed together 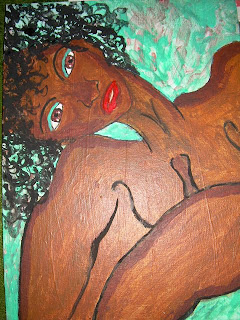 My latest work has been with the use of acrylic and watercolor, i'm trying to lean more towards mixed media to bring some excitement to my artwork, I will of course post them when i'm done... 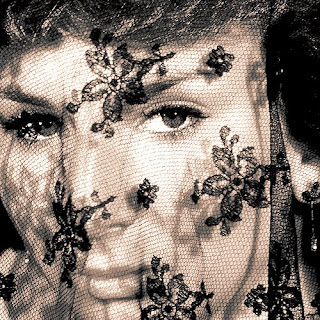 On bended knee Bocelli sings me Amore
While a plane lands on the highway
Cars speed us by blowing their congratulatory horns
His pleading words infuses a sadness
Mellow verses becomes philosophical
I am a frozen statue in a white organza
A mermaid with satin tears
The soft fabric flowing on my face gains public recognition
Paparazzi shouts out my name
I ignore the screams
The plane takes off in five minutes
I need to decide whether to board without his duet
Bocelli illustrates emotions throwing confetti rose petals
on my chapel length train
The 405 south consist of several traffic jams
“You won’t be back,” he yells
So I answer, “How deep is your devotion to me?”
He doesn’t reply
No point in telling him it’s too late
I march down the First Class aisle
Bouquet of black tulips kissing my hands
Amore
Amore is left standing
I watch from my window seat
the congested crowd follows him to Sicily
I get carried to another proposal
©2010 by Cathy Delaleu

I haven't written a Gratitude list in a long time, so here goes:

1. PASSION…God instilled passion in all of us and we’re the ones who decide whether we’ll share it with others or not, I chose to share :o) it’s a beautiful thing when you're passionate about life

2. LAUGHTER…I've had those moments in my life where I felt the sadness will never end, but conversations with my sister on the phone, she always seems to find a way to make me bubble with laughter, also my brother, it's therapeutic chatting with him and with friends

3. BURGER: Believe it or not, I haven't had a burger in 3 years, so I treated myself to In n Out Burger, I had the cheeseburge with grilled onions, it felt like a dream when I took a bite of it...before you know it, it disappeared off my hands.

4. PAINTING…I took a long break, got inspired to start over and I am enjoying it, I forgot though how expensive it could get when you purchase all these supplies. I did have a lot of leftover paint in my closet but some had to be re-stocked

5. BIRDS: They wake me every morning, I love the sound of nature, puts a smile on my face

6. PARIS: My blogger friend, Paris Parfait, for having the ability to take me to Paris whenever I stop by her world…seriously if you check out her blog you’ll be amazed at her European pictures. She has a great eye for photography; her treasured blog is worth browsing (http://parisparfait.typepad.com/) 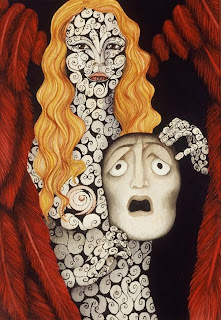 Posted by Lyrically speaking at 8:51 AM 6 comments

I was asleep on a dirt road until a warm wind greeted me on the cheek
The wind was heard chanting my name in Creole
“Wake up,” a voice said
I rubbed my eyes, yawned
My throat felt dry, lacking liquid
Tongue tasted like chalk
I looked around; palm trees were staring down at me curiously
The moonlight had its back turned, barely offering any shadows
Fireflies quietly were glowing their confessions
I could hear crickets like a serenading chorus
My long legs were caked by dust and dirt; my toes were painted in fluorescent green
“Where am I?” I asked the wind
“You’ve been asleep for seven years, you’re home”
I slept for so long I wasn’t tired
This burst of energy gave me the urge to twirl around and shout out my name
But there was silence, like death it gave me goose bumps
Then footsteps were heard, shaking the earth
It sounded like a whole village was hunting for me in the dark
“Here she is,” a heavy-bellied woman in a black scarf said, feasting her eyes at me
“She looks different,” a lean and tall man mumbled, he had missing teeth
“America made her weak,” another woman observed
“You’re old enough to join us now in the river,” the woman in the black scarf let out
“What river?” I asked
She pulled me by the arm, “Let’s go.”
I followed them
We were marching like soldiers
My legs strong enough to run if I had to
It felt like a century had gone by, and we were still walking
We wandered many villages, no one stopped to look at us
How strange, only the dogs, cats, chickens, pigs and donkeys reacted to our presence
When we finally arrived at the river, my hair had turned gray
throat was no longer dry
I touched my face and it was pleated with wrinkles
To my surprise men and women were in the river bathing in their clothes
All wore black
cheering and dancing fervently in the water like children
There was a full moon in the sky and drums vibrated in the air
“What are you waiting for? Get in the water,” one woman shouted at me
I dipped my big toe in
immediately felt the frigidness
With a grimace and curled lips I stepped back
The river was asking me riddles only an elder can answer but I declined
Suddenly, the big-bellied woman with the black scarf was laughing at me
Except now she was a young girl
she had to be at least eight years old
Was I hallucinating?
I rubbed my eyes for emphasis
all the men and woman in the river were kids
“Get in the water,” a voice shouted behind me
I turned around and it was a young boy wearing a black tattered shirt with a pipe in his mouth
“No,” I yelled back
He pushed me
I fell backwards with a scream
Body splashed in the iced cold water
I was shaking, panicking and cursing the boy out
Everyone had stopped dancing
they froze, watching me
Waiting for a transformation to occur
But nothing happened…
Instead, I was an old woman soaked in cold water
“America aged her too fast,” said the young boy with the pipe in his mouth
(c)2010 by C. Delaleu 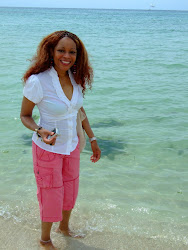 I am your mild cure
To make this sad world a better place
With laughter, butterflies and rain
I want to welcome you home with art, poetry and lyrics
Always, lyrically yours 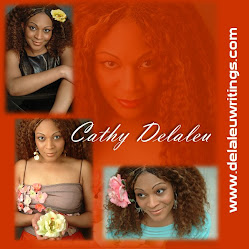 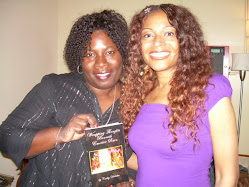 Who Hits the Spot


LIFE IS MY CAFFEINE, LOVE IS MY BROWN SUGAR, POETRY IS MY DRUG OF CHOICE - C. DELALEU

Scars won’t disappear on their own, they’re reminders of past mistakes created with your heart

Kick back, relax...enjoy this joy ride of my art and poetry

Lyrically speaking
Phoenix, Arizona, United States
Born with a rambling tongue and literary hands. First and foremost a writer then naturally everything else falls like sweet petals. Here to promote artistry of the mind, body and soul